Always the same impassible member of the Reform Club, whom no incident could surprise, as unvarying as the ship's chronometers, and seldom having the curiosity even to go upon the deck, he passed through the memorable scenes of the Red Sea with cold indifference; did not care to recognise the historic towns and villages which, along its borders, raised their picturesque outlines against the sky; and betrayed no fear of the dangers of the [highlight]Arabic Gulf, which the old historians always spoke of with horror, and upon which the ancient navigators never ventured without propitiating the gods by ample sacrifices. [/highlight]

[abbr title="Always the same impassible member of the Reform Club, whom no incident could surprise, as unvarying as the ship's chronometers, and seldom having the curiosity even to go upon the deck, he passed through the memorable scenes of the Red Sea with cold indifference"]Abbreviation[/abbr]

How did this eccentric personage pass his time on the Mongolia? He made his four hearty meals every day, regardless of the most persistent rolling and pitching on the part of the steamer; and he played whist indefatigably, for he had found partners as enthusiastic in the game as himself. A tax-collector, on the way to his post at Goa; the Rev. Decimus Smith, returning to his parish at Bombay; and a brigadier-general of the English army, who was about to rejoin his brigade at Benares, made up the party, and, with Mr. Fogg, played whist by the hour together in absorbing silence.

As for Passepartout, he, too, had escaped sea-sickness, and took his meals conscientiously in the forward cabin. He rather enjoyed the voyage, for he was well fed and well lodged, took a great interest in the scenes through which they were passing, and consoled himself with the delusion that his master's whim would end at Bombay. He was pleased, on the day after leaving Suez, to find on deck the obliging person with whom he had walked and chatted on the quays.

"If I am not mistaken," said he, approaching this person, with his most amiable smile, "you are the gentleman who so kindly volunteered to guide me at Suez?"

"Ah! I quite recognise you. You are the servant of the strange Englishman—"

"Monsieur Fix," resumed Passepartout, "I'm charmed to find you on board. Where are you bound?"

"That's capital! Have you made this trip before?"

"Several times. I am one of the agents of the Peninsular Company." 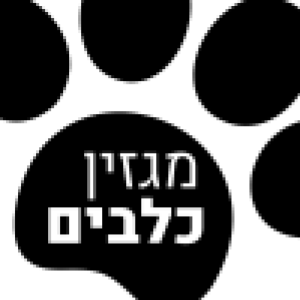